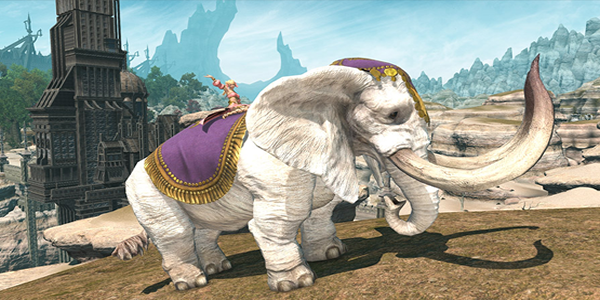 Construct a submersible in your company workshop and hunt for hidden treasures in the depths of the ocean.

Inn rooms in each of the city-states and Kugane contain glamour dressers, which allow the conversion of clothing, weapons, and tools into glamours.

The Vira, one of the tribes of snake-like Ananta, have long supported the efforts of the Resistance by sending warriors to bolster their ranks. One such battlemaid is Alpa, the broodmother's daughter, who makes up for her lack of prowess in combat with her courage and ingenuity.

Form a PvP team of up to six players, utilize the specialized group chat function, and choose an insignia to represent the party. Compete against other teams in brand-new ranked matches.

Rise of a New Sun, this update will feature a new campaign scenario, new dungeons, and a lot more updates that will expand the MMO. The Final Fantasy XIV update 4.2 has been updated yet again at FFXIV4Gil with a brief look at a number of new things coming to Rise of a New Sun, you can view more at here.